The Lumix Class IV Superpulsed Laser is used for pain relief and quick recovery of injuries! Call (215) 672-1545 for more information!

Would you like to switch to the accessible version of this site?

Don't need the accessible version of this site? 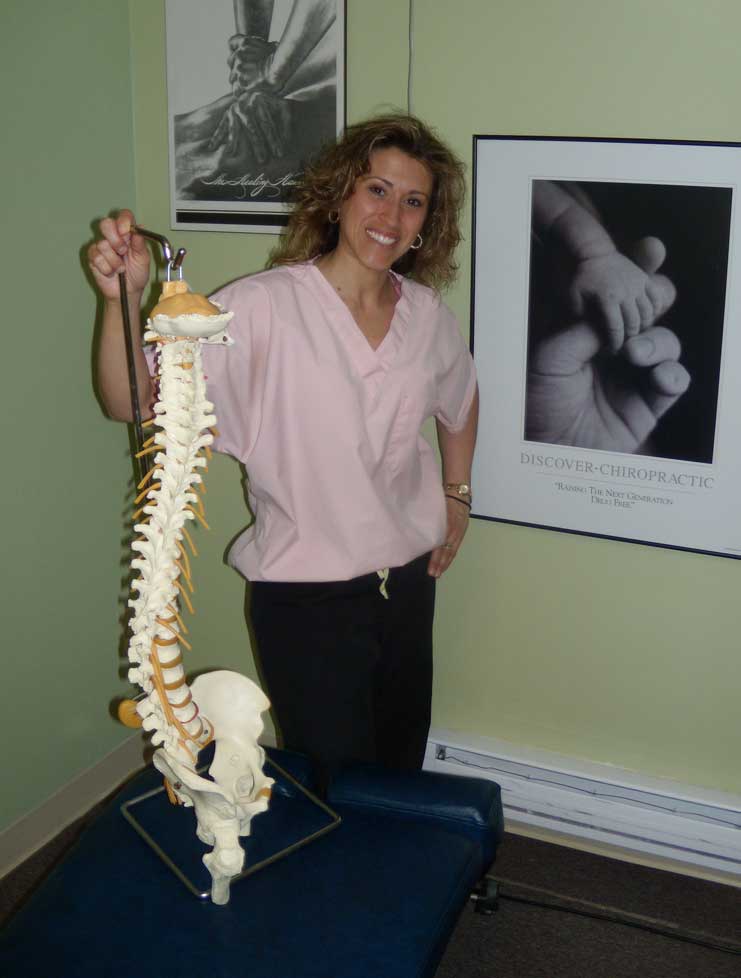 Dr. AnnaMarie F.Valeriote graduated from National University of Health Sciences (formerly National College of Chiropractic), located in Lombard, Il, in August 2001.  She immediately began working Part time at a practice in downtown Chicago until January 2002.  She then decided to relocate to Bucks County, Pa with her Fiance, Dr. Joe Valeriote.  Together they decided to open up their practice in Warminster, on York Rd., where they have been practicing since.  They married in March 2003, and had their first child in September 2004.  At that time , Dr. AnnaMarie decided to be a stay home mom and work part time in the office.

She grew up in Chicago, where she attended Loyola University of Chicago and pursued a degree in Biology and Psychology.  She went to NUHS to continue her education and receive her Doctorate in Chiropractic.  She then went on to take advanced Pediatric adjusting courses and will eventually continue to pursue her Diplomate in Pediatric Chiropractic because of her love for treating kids. She and her husband then went on to receive their Certified Chiropractic Sports Physicians degrees, that is an intensive training in sports injuries and how they relate to and can be treated, as well as managed with Chiropractic.

Dr. AnnaMarie played many sports competitively throughout her life with a concentration on softball.  She played fast pitch softball throughout her childhood, high school and into college for a couple years.  Now that her kids are into dance and hockey as well as many other sports and activities, they thought it was best to get more extensive training in this field of study.

Dr. AnnaMarie Valeriote works part time as a Chiropractor in her Warminster office,  while the full time part of her life is devoted to her husband and her children.  She is very involved in everything they do.  She is constantly on the go running and bringing them to their activities and being an integral part of their lives.

Find Out When We Are Open

Find us on the map